The use of plasma is an effective way to clean without using hazardous solvents. Plasma is an ionized gas 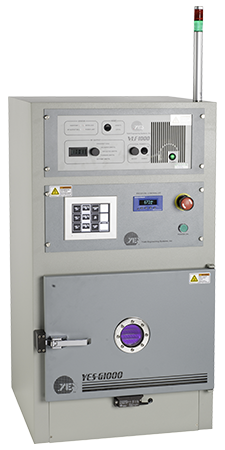 capable of conducting electricity and absorbing energy from an electrical supply. When a gas absorbs electrical energy, its temperature increases causing the ions to vibrate faster and “scrub” a surface.

Typically, plasma is created in a low-pressure environment. Plasma cleaning systems are an effective way to remove small amounts of contaminants from a substrate surface. (For removing thick photoresist layers, see our Plasma Photoresist Strip/Descum Systems).

Choosing the appropriate system and frequency for your specific process depends on multiple factors. It’s important to note that a higher RF power doesn’t necessarily equate to higher plasma density (especially at low pressures). The additional power is often wasted through increased ion bombardment and through the creation of hot electrons, not in promoting ionization. Also, if the average voltage between the plasma and chamber walls (plasma potential) becomes too high, it can cause sputtering and contamination to substrates.

For a system specifically suited to plasma cleaning/descum applications, please check out the YES-G500 and YES-G1000. 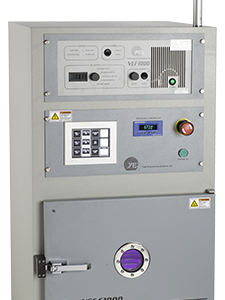 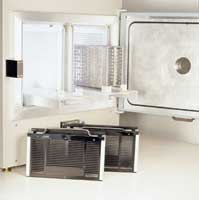