In wafer fabrication, silane deposition is needed to promote the chemical adhesion of an organic compound (photoresist) to a non-organic substrate (wafer). The silane acts as a sort of “bridge,” with properties that will bond to both the photoresist and wafer surface. Typically, hexamethyldisilizane (HMDS) is used.

Old wet processes for depositing silane generated a substantial amount of hazardous waste. Plus, the coating had a limited lifespan, meaning a process engineer had a small window of time to apply photoresist before the bond would degrade.

But today, using the HMDS prime process, you can significantly extend time available between process steps. Plus, chemical usage for a vapor deposition process is typically less than 1% of the amount needed for wet application processes, significantly reducing waste and chemical costs.
The Need for Complete Dehydration

HMDS adhesion
In order to promote a strong silane bond to the substrate, first, wafers must be completely dehydrated—not only surface moisture, but the chemically bound water molecules as well. To achieve this, YES developed a process combining heat with low pressure. Once dehydrated, wafers are then primed with an HMDS vapor to strengthen photoresist adhesion. Properly treated wafers will last for weeks with no change to surface adhesion.

MEMS Applications
Wafer Dehydration
The moisture on the surface of wafers will cause unintended reactions with various deposition steps. These reactions result in unstable surface which degrade over time. Vacuum dehydration provides a clean stable surface resulting in superior films. 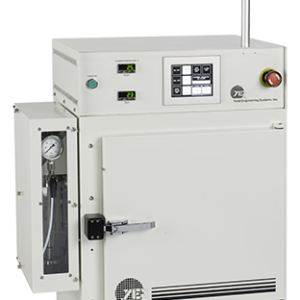